The Evangelist of API Economy | The Shift 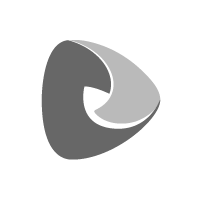 This is an interview that our CEO Kléber Bacili gave for The Shift Newsletter.

‍For many years, the thought of Kleber Bacili in the IT market led to the figure of the evangelist. The API (Application Programming Interfaces) guy. A subject that, little by little, with business becoming increasingly more digital, left the technical ghettos to gain economic value.

The founder and CEO of Sensedia, a graduate of Unicamp Computing Engineering, a specialist in Entrepreneurship by Insper and Innovation by Stanford University, soon realized that the data-driven revolution and the "Open" wave would allow surprising correlations between businesses.

‍Today, APIs created and managed by this scale-up, participant of Algar Ventures' acceleration program in partnership with Endeavor, are in a wide variety of omnichannel services (adaptive to any device), that are elastic (taking advantage of the cloud's potential), contextual and increasingly intuitive, like the recently announced WhatsApp Pay, through Cielo.‍

Proud to see the company he leads positioned as a Visionary in the Gartner Magic Quadrant for Full Lifecycle API Management, and as Strong Performers and Leaders in two different Forrester "Waves", Kleber is preparing to intensify the internationalization process, contributing to more countries in Latin America and Europe.In this conversation, he talks about the transformations and evolutions that continue to drive the digital economy, the arrival of Open Banking and digital payments in Brazil, and the importance of APIs for platform and ecosystem building strategies that enable digital transformation.Enjoy your reading.

Well, we have the Clayton Christensen conceptual definition, with whom I even had the privilege of taking classes in 2003, which is when a company can create a technology or a business model that radically changes the dynamics of a certain market. But we've been using it more commonly, in order to refer to an innovation that, unlike an incremental one, promotes a radical change that displaces consolidated players.‍

We consider ourselves to be a scale-up. We were born in 2007 as a spin-off of CI&T, already focused on architecture. At the time, SOA [Service Oriented Architecture] was the trending word when thinking about integration. In 2013, we pivot to API Management, after having done the first consulting project for Cnova, in the assembly of the marketplace that operated with the Extra flag. Since 2013 we have embraced the concept of API First and built our API Management platform, which today is the air we breathe.

‍After all, we were pioneers. At that time, we were already hearing about the Facebook APIs and other social media, which helped to popularize the concept. But it was a niche market. Corporate IT hadn't yet attempted to use it. The marketplaces were the vanguard, exposing their APIs so that resellers could make their sales.

Today's APIs are in any organization that has the minimum digital investment, either connecting internal products, allowing the company to connect to cloud services, or positioning itself as a digital platform.

The market has matured fast. In recent years, we have helped many companies to be more connected, digital and open through the management of open or private APIs. As Sensedia's own history shows, market relationships are increasingly mutual, collaborative and networked.‍

In 2017, we began our internationalization journey. In 2018, we started our operations in Peru and Colombia, then Mexico, and, since last year, in London. COVID got in the way, because we always used face-to-face events a lot to prospect for clients and had to adapt quickly to digital media, promoting webinars and other online events to generate deals. But we're making progress, with a consistent opportunity pipeline.‍

We should end 2020 with revenues close to R$ 90 million. This means that we are already past the bursting phase. We were able to prove the business model, the platform subscription and the service provision, which was the first challenge. And we were also able to prove the growth engine. We have been growing more than 60% a year consistently since 2013.

We joke that it's pretty hard to explain to our parents what Sensedia does. A digital glue that connects applications and systems of big companies... But when we count the customers we work with and the digital experiences we help enable, it starts to become a little clearer.

Sensedia participated very closely to build the Payment via WhatsApp from Cielo. We were one of Cielo's main partners in developing the solution. They use our platform and we helped design the microservices and APIs that support it.

Sensedia is also behind the digital strategies of some of the country's major banks: Topázio, Tribanco, Original, Neon, Paraná, Bari, etc.  And now, thinking about creating a more competitive environment, Banco Central (BC) has started to regulate Open Banking, which starts operating this year, enabling the creation of new businesses and digital ecosystems through APIs made available by banks.‍

A feature of APIs in business is to open up new revenue opportunities. Driving innovation. Natura, SulAmérica, McDonald's, Localiza, Netshoes, Panvel, Raízen, Porto Seguro and PagSeguro are some of the companies that boosted their business models and increased their value propositions, investing in a platform-based business strategy and integration via APIs. Today we have over 100 large companies using our services.

Displaying APIs is a way to make the possibility of open innovation more practical. An API First strategy is the way business is done today.

The technological landscape has also evolved a lot. From the first APIs made for marketplaces to the concept we have today, we've seen several forces emerge that somehow favored the use of APIs, such as multi-cloud and hybrid clouds, that address agility and scalability, besides the emergence of microservices.

‍What we have seen a lot is the decomposition of monoliths. The use of digital projects for the decomposition of the legacy, taking the newly created to the cloud, built with a more modern architecture. A business case for the total reconstruction of the legacy is very difficult to defend today. If you have a certain service that encapsulates a certain business logic well, you can reuse that business logic in other situations, in other products, in a much more transparent and faster way.

One of our first advertisements talked about software components and had the image of a Lego block. We were already selling the idea of having pluggable modules.

The difference is that, at that time, the reuse was to make a copy of the component and use it elsewhere. Today, in the world of APIs, this component is already running somewhere. This greatly simplifies reuse. You just need to know the interface of a certain API to start using it. The gain is much more evident.Even with COVID, we have seen several clients from markets that have been very impacted, such as physical retail, using APIs in our platform to enable new digital channels.

We noticed a 20% increase in API consumption during this pandemic period.

Much of that movement should continue when the isolation period is over. Teleworking and Telemedicine are trends that are here to stay. A lot of people got used to shopping online during that time. People also got used to using digital banking channels more. Even those segments that will have more revenue through the physical channels when people are able to circulate again will continue to keep the digital channels built now. The online and offline mix will become increasingly  more intertwined.‍

This is likely to greatly influence the roadmap for offering solutions that involve a lot of orchestration of existing APIs in the cloud in general.‍

The burst of microservices and the entire modernization of the legacy brings great complexity in terms of ensuring consistent and reliable operations. This way, the entire Mesh Architecture part becomes an important part as well, as the governance of APIs becomes relevant.

We start by helping companies display their APIs. The trend is to help companies consume more APIs.

At the time of SOA, companies started to build many web services. This forced the adoption of a governance that, at one point, became very heavy. It became very procedural, very formal. That forced the development teams to seek approval from the architecture staff to build anything.When companies started using APIs, they began to think that all this governance was unnecessary. Everyone started doing their APIs any way they wanted, because all that mattered was being agile. Now we're seeing the pendulum coming back again.

You cannot have each line of business of your company creating different APIs, or duplicates. Or creating inconsistent services from the point of view of the business rules.

So companies are feeling the need to have a little more governance over how their API ecosystem is being built. It's much more agile governance than the SOA governance, with more automated approval steps, called Adaptive Governance.Within our ideal customer profile, the CIO is the main persona. But we also talk to the person in charge of digital channels, who can or not be from the IT area. Also with the Director of Innovation. They are our main interlocutors today.

In some verticals, such as retail and banking, we already talk directly to the business areas. But most of our interlocutors are technical.

Today, companies need to prepare themselves for something that they do not yet know very well. Architectures will need to be prepared for the unexpected. We are already going through some experiences in that sense. Some of our clients, like Cielo and Elo, are Caixa's partners in paying for emergency support, to help get the resources to the people who need them most. We're helping these companies move from validating 20 transactions per second to 15,000 transactions per second.‍

This is a whole new order of traffic volume that companies had to absorb from one week to the next. If your architecture doesn't have a high level of flexibility, you can't adapt to the unexpected.‍

Gartner talks a lot about Multiexperience. "Intelligent spaces centered on people." Besides mobile and internet applications we are heading to a world of multiple interactions, via chatbot, Augmented Reality, Virtual Reality, Artificial Intelligence itself, voice assistants. Several fronts that companies will have to use without knowing exactly what will prevail in the mid-term. And this possibility of promoting these different experiences involves having a flexible, agile and resilient architecture, which the APIs provide.

Companies used to think about an ecosystem and, inside another box, the experiences provided by the company itself in its own digital channels. Now the ecosystems are more mixed. The competition becomes between entire ecosystems of journeys and interactions with the consumer at the tip.

One of the terms Gartner uses to define that is Frenemies. Companies will need to think about the role they will play and the potential value ecosystems they will create. It’s not possible to avoid participation in different ecosystems. They'll have to manage a lot of Frenemies relationships. Sometimes as friends and partners, others as enemies and competitors.‍

In payment, for example, there is already a race from retailers to offer digital wallets and financial services to a large volume of consumers who already interact with retailers and are underserved by the traditional financial system. They are looking for ways to close this gap. And the journeys created generate a lot of interconnections. There is a lot of change coming.‍

Think of sending money as sending a message, for example. This fluid, frictionless experience is not at all despicable. The level of ease of adoption is something very powerful.So, today we no longer have to convince companies to adopt an API strategy. Most of them no longer deny the importance of the model. But if I had to do that I would say that, in the end, it's a way for the company to be digital and leave the idea of go digital behind.